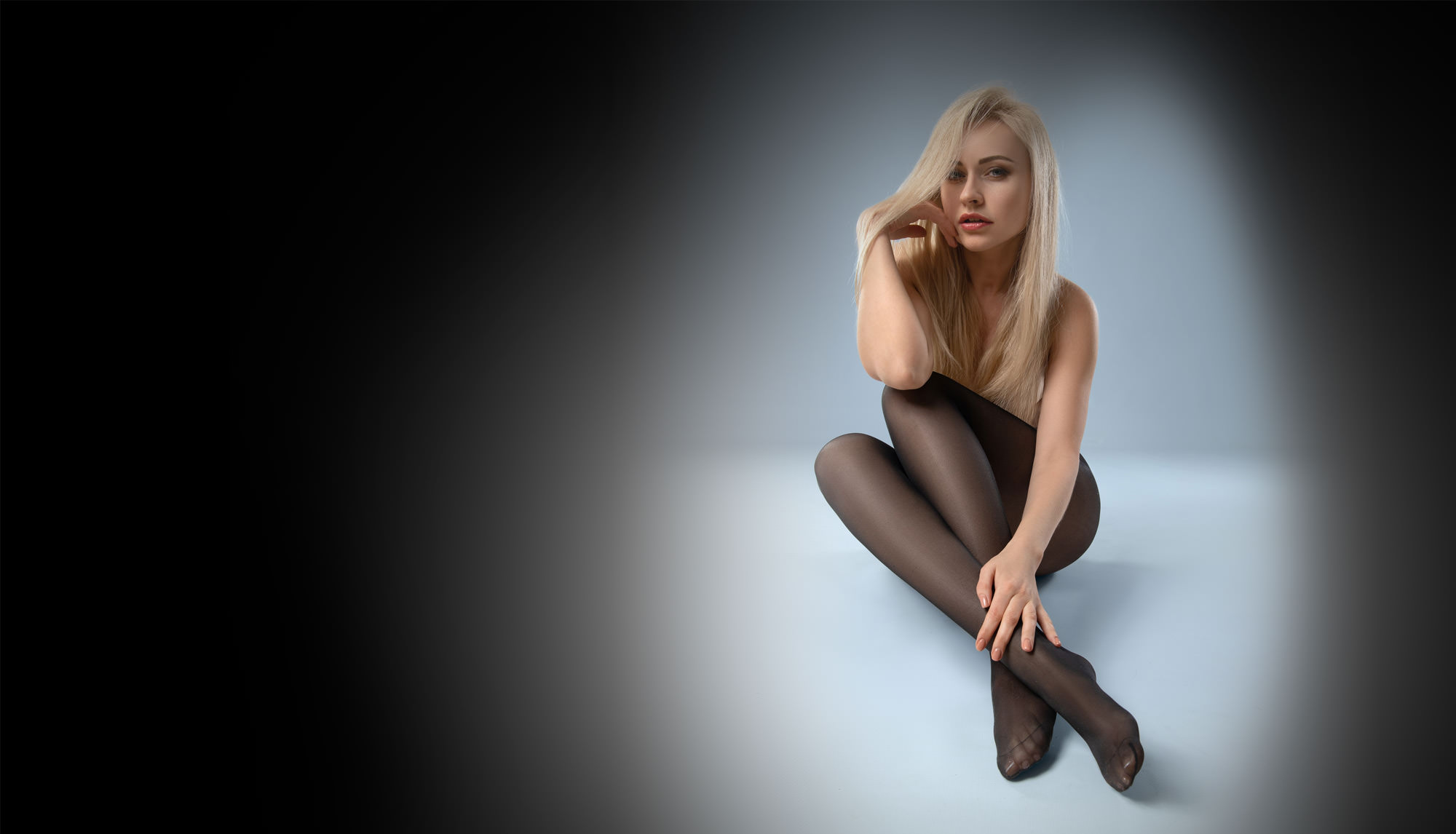 The Best Nylons offer on the market 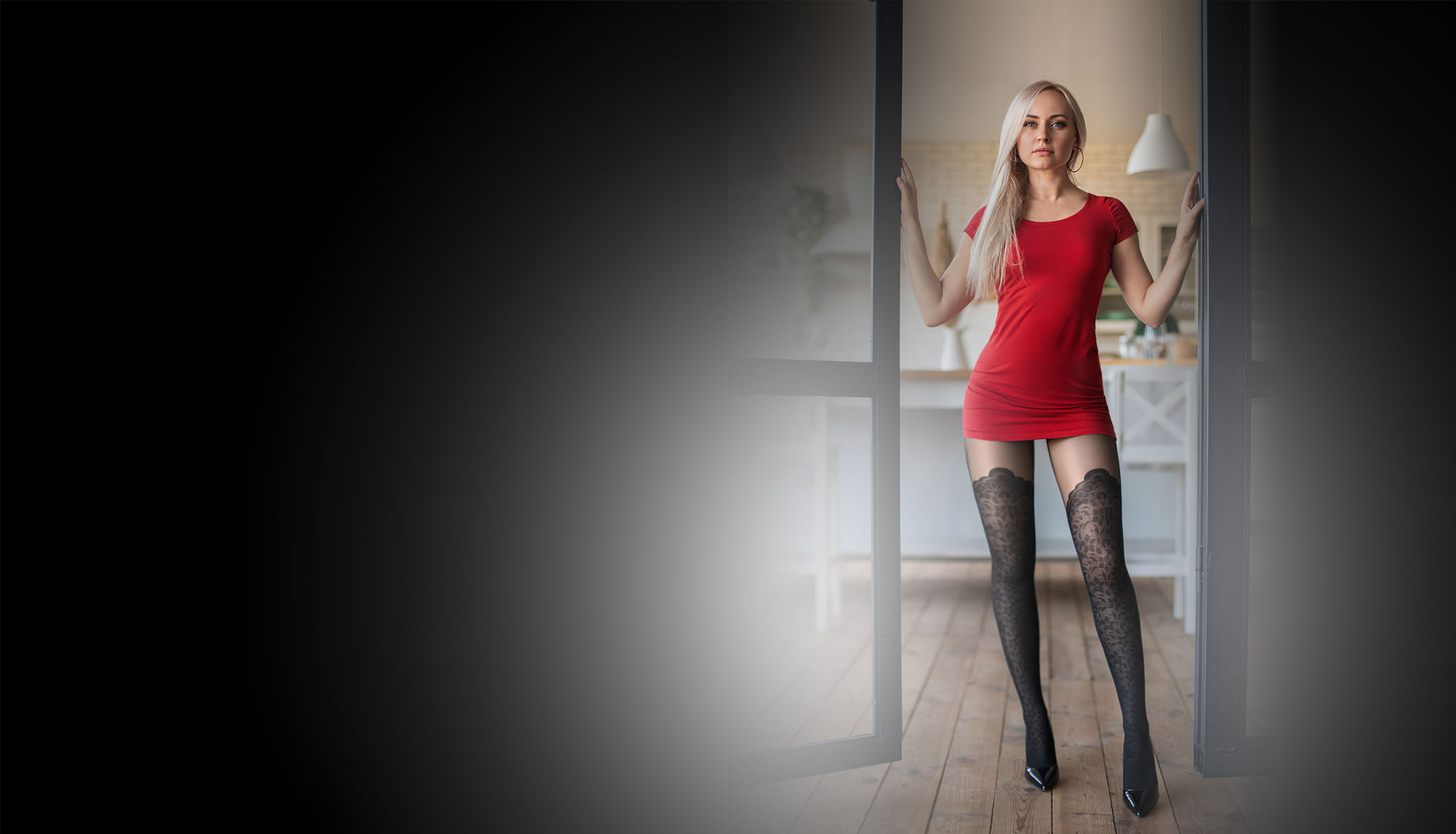 The Nylon Bar : a benchmark for
highlighting

Day by day, for an outing or just to feel beautiful.
The Nylon Bar will offer you the ideal complement for all occasions! 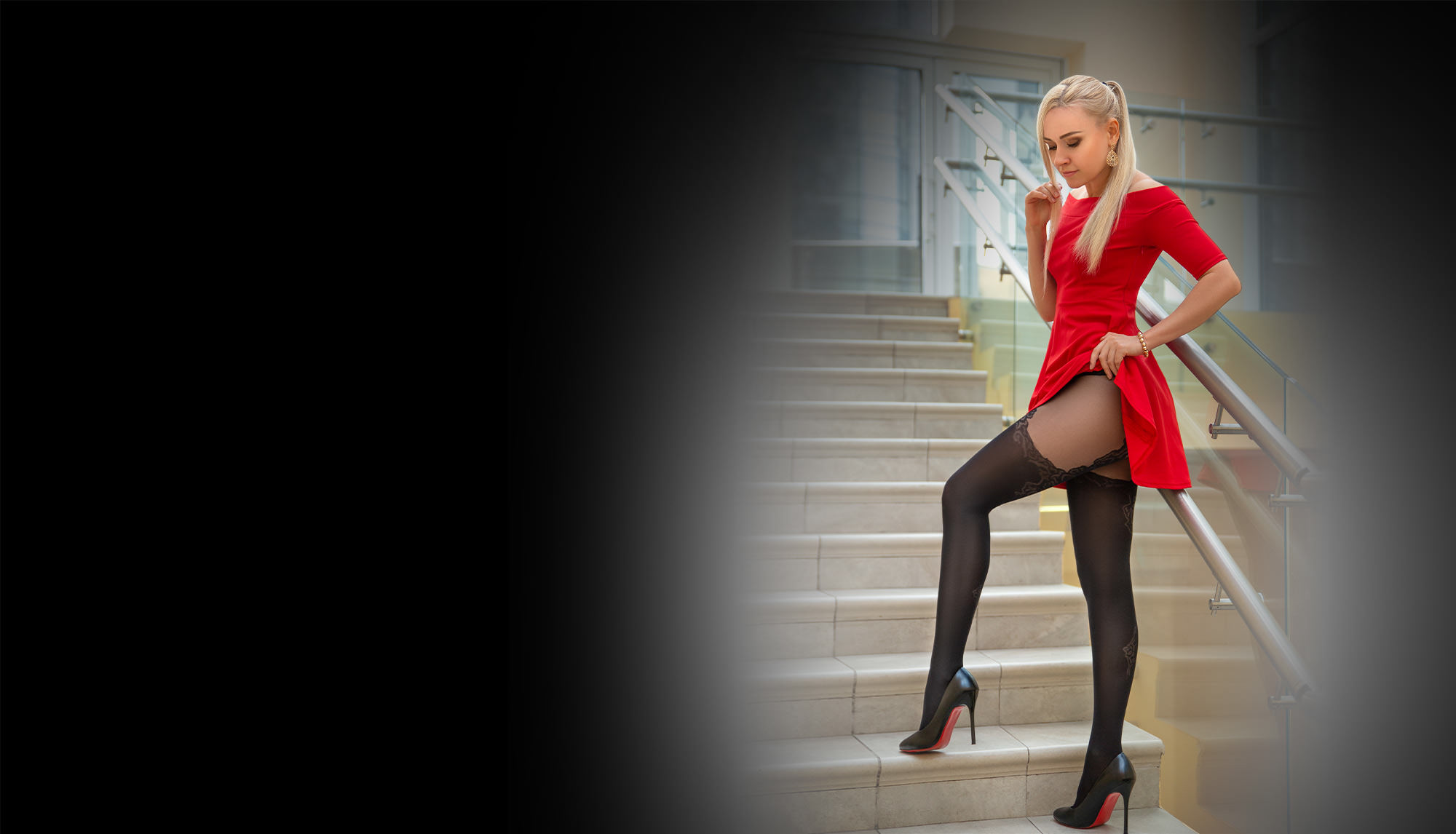 in various colors, a touch of originality
for ensuring you look
your best

Surprise the one who makes your
heart beat 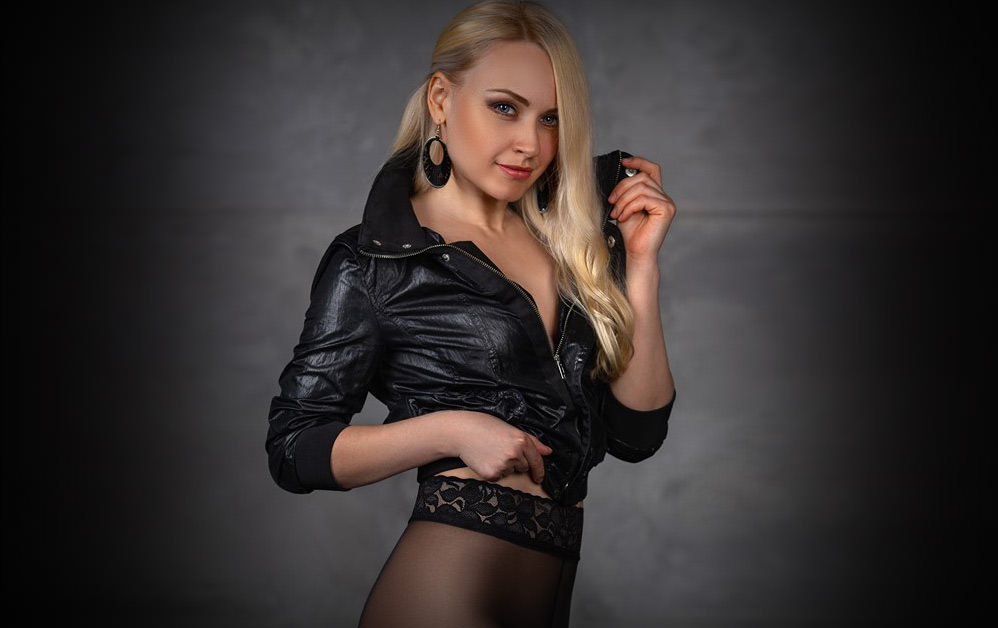 Nylon stockings and tights for women

Le Bar à Nylon The place to find the perfect complement to your femininity!

With its enveloping character, like a delicate second skin, nylon is the perfect accessory to highlight the woman in you!

Whether for its refined softness, the undeniable elegance it confers or the touch of extravagance that it adds to the leg, nylon enjoys a popularity that stands the test of time.

Lingerie is part of a woman's daily life.  From the chemise to the corset, through the bodysuit and the garter belt, the woman is defined by a lingerie adapted for her!

It is better to wash nylon stockings and tights by hand using a soft shampoo.

In general, washing machines damage stockings and tights. On the other hand, there are bags specially designed to wash delicate clothes in the washer. Fibres of 50 deniers or more could survive without a bag, but only in cold water and with other soft clothing.

Dryers, on the other hand, are banned entirely, because nylon is very sensitive to heat. 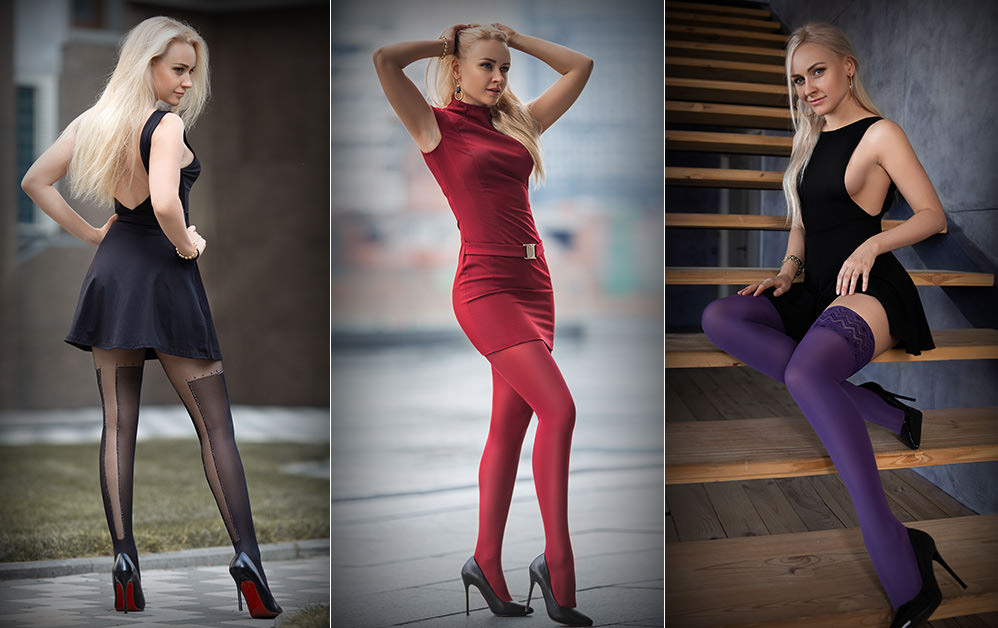 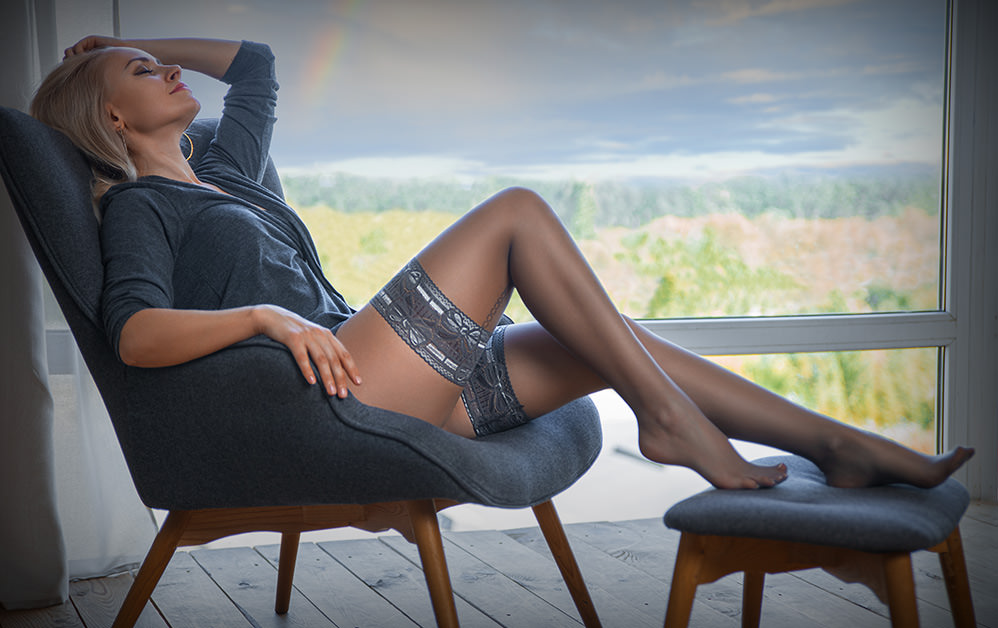 Did you know that?

Nylon fibre is not oleophilic. In other words, it does not absorb oil. As some body odours can be carried on oil bases, then impossible to be retained by nylon unlike polyester, for example, which would trap these odours.

Unlike nylon, wool, silk, rayon and cotton readily absorb water instead of repelling it.

Finally, your nylon stockings and tights will always remain neutral and dry.

The opacity of stockings and tights is categorized with a weight unit called Denier: 10 g for 9,000 meters of textile corresponds to 10 deniers. The heavier the fibre, the higher the denier. Practically, most manufacturers use the denier to describe the opacity of a fabric or a mixture of fibres. Commonly, the denier is used to qualify the thickness of any textile, including nylon. The higher the denier, the thicker it will be and vice versa. The denier unit is written: DEN.

Thin stockings and tights. Their finesse is unmistakeable. Completely transparent or almost, they are often ephemeral, but how elegant. Worn especially in summer.

Semi-opaque stockings and tights. They are more resistant than the previous ones. These are, without a doubt, the most glamorous tights. Hyper popular, they are worn year-round.

Opaque stockings and tights. In reality, from 50 deniers on, the fibre is called opaque. Often used for coloured or patterned tights, the 50-70 deniers are perfect for a touch of creativity.

100 deniers and moreWARM AND STRONG

Totally opaque stockings and tights. These are the tights that we love the most in winter. Although on cool summer evenings, they can be quite comfortable.

Rare and coveted objects right from the start, nylon stockings quickly followed the invention of nylon in 1935. Also known as synthetic silk stockings at the time, these were the alternative to silk that had become rare and, moreover, expensive and time-consuming to produce. In fact, nylon is a polyamide class polymer (plastic).

The nylon was meant to be a stronger fibre. Today, this may surprise many, given its delicateness! In fact, it is so resistant that it was almost entirely used in the 1940s by the army to make parachutes during the war. Result: a shortage of nylon stockings that has made them objects of covetousness! When the war ended, Europe became world leader in the production of stockings and tights. Thanks to the invention of Lycra that followed, the perfect match was created: by mixing nylon and elastane, stockings and tights became stretchy and elastic. An invention that will change the textile industry!

It is the fashion world that has made thin and transparent nylon stockings particularly popular. The tights took off with the advent of miniskirts in the 60s and 70s. Several movie stars contributed to their rise in popularity.

Finally, thanks to its unrivalled properties, nylon has passed the test of time in the production of stockings and tights; it is this type of material, classic and timeless, that Le Bar à Nylon offers exclusively to its customers. 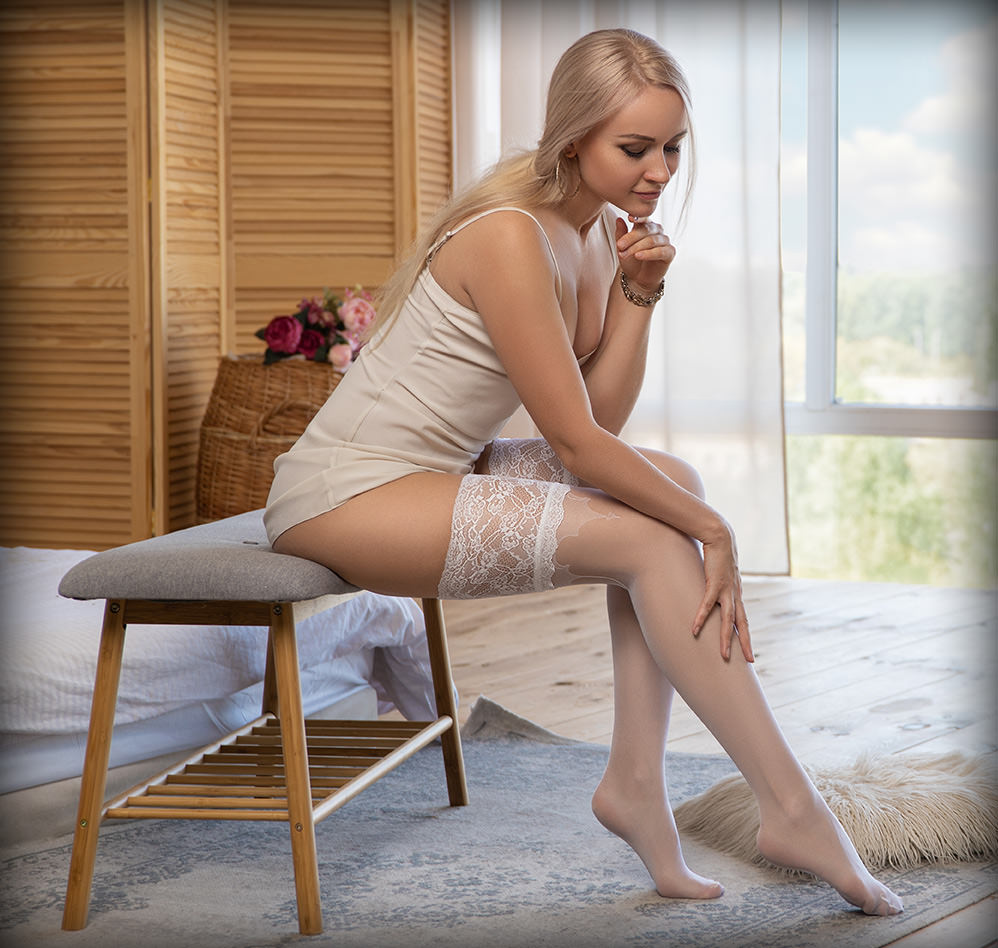